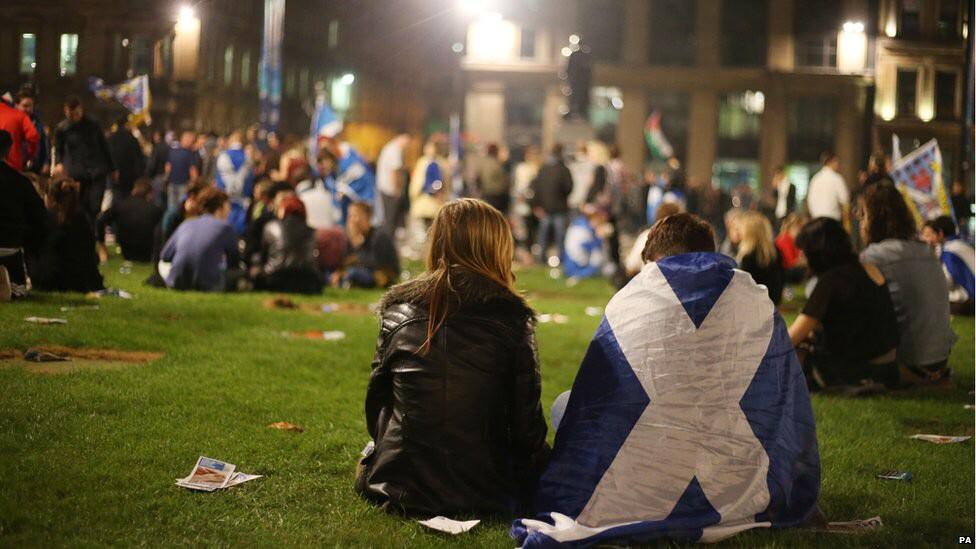 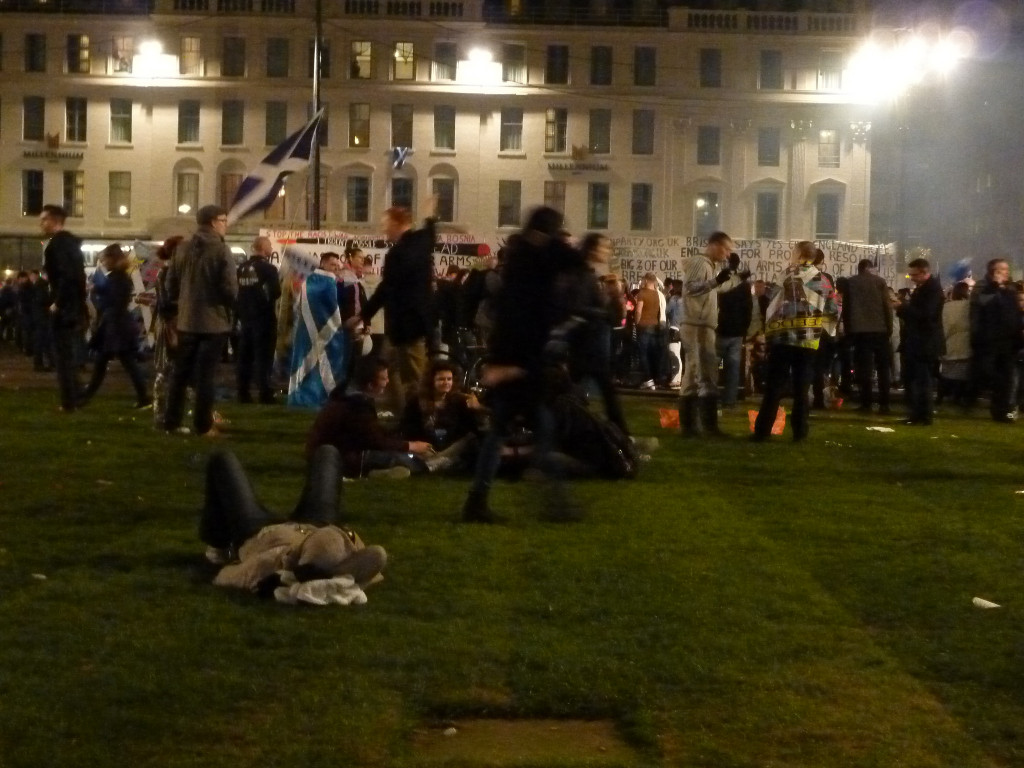 Well, here’s one of the things that happened:

Young people imagined (and talked about) the kind of country they wanted to live in.

Even people who are routinely politically active tend to work within the existing systems and structures, which can make the situation seem at best like an endless uphill struggle and at worst utterly hopeless – but young people saw independence as more of a blank slate. Of course it wasn’t really a blank slate and some people were certainly imagining things that were unrealistic, but the fact that young people felt able to express their vision of a better future was highly unusual and ultimately empowering.

It seemed to cause the “outbreak of hope” people noticed north and south of the border (and elsewhere):

We want to create opportunities for young people to do this again, visualise a different reality for the future of their work, education or life in general. This creative process will unfold in conjunction with a series of experiences exploring the power of collective action.

What we’re planning is a program of creative learning activities based on innovative approaches from the hacker / maker movements and culture.

Steven Levy on the hacker ethic:

“Hackers believe that essential lessons can be learned about the systems – about the world – from taking things apart, seeing how they work, and using this knowledge to create new and more interesting things.”

Researcher Rafi Santo uses the term “hacker literacies” to refer to the skills, tools and practices in applying this hacker ethic. We hope to help young people to acquire these hacker literacies in the context of political activism. 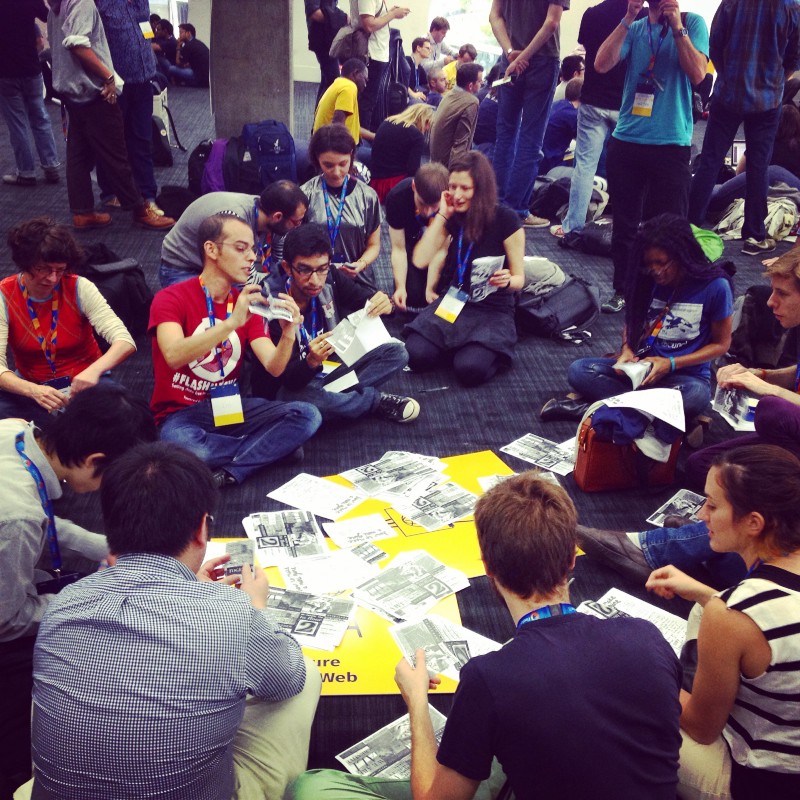 Sometimes called “ideas labs” or hackathons, maker events involve groups of people collaborating on a productive project, learning skills, expressing views on topics that interest them and interacting with / supporting others. Many such events have taken place around the world, in technology, learning and culture. The results are promising – participants:

Organisations involved in these activities also achieve a dialogue with the young people taking part.

Non-profit software, activist and learning technology organisation Mozilla has pioneered the use of hacker/maker events not only in tech but also in education. Hive Learning Networks are a key example of hacking applied to a social context. These city-wide communities around the globe involve diverse networks of individuals collaborating to create new learning experiences and connect underprivileged youth to opportunity.

Hive Learning Networks are groups of people and organisations coming together to change the way learning works in their city. The experiences they create are designed to serve the values of connected learning and web literacy, focusing on productive, interest-driven activities and empowering young people to become makers on the web, not just consumers. 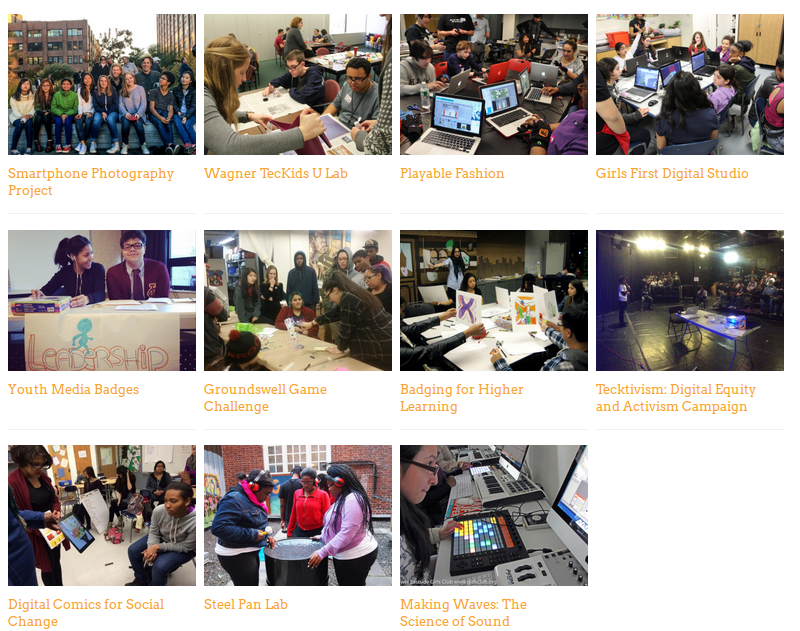 Rather than trying to effect change exclusively top-down through the political process, Hive members are hacking the social transformation they want to see by making changes in their own communities, sharing what they learn with others throughout an international network.

Here’s a cheeky wee snapshot of what you can do with X-Ray Goggles:

Hack Aye is focused on using the hacker approach to learning and making in both arts and technology.

Our program of hacking/making events will see young people exploring a range of topics that are of interest/relevance to them, for example:

Participants will learn new tech and arts skills – and/or express the skills and knowledge they bring with them. Contributions, involvement and learning achievements will be recognised using Open Badges. Young people will also have opportunities to connect with artists in various art-forms, technologists and networks connected to participating organisations, initially including the Scottish trade union movement.

The program structure will be decentralised, affording young people a sense of ownership, not only of the outcomes, but also the process itself, making decisions about direction. Our aim is to provide a support structure for this engagement model, with participants driving it forward.

The program will also be openly documented, producing shareable outcomes that can be used and remixed by others across an international network.

Crucially, it will support participating as much or as little as you like and/or participating anonymously. We want young people to decide the details of how they connect and engage, but all of their contributions will be valued. Artists and technologists will facilitate activities, rather than leading them through a fixed process.

A key aim for the Hack Aye program is to encourage young people to subvert the prevailing representation of working class culture – and to see themselves in a different light.

“The Agony in the Car Park” Grayson Perry

The Power of Making

A 2014 exhibition broke visitor records for the V&A. Disobedient Objects highlighted the power of making in collective action, showing how movements share innovations. 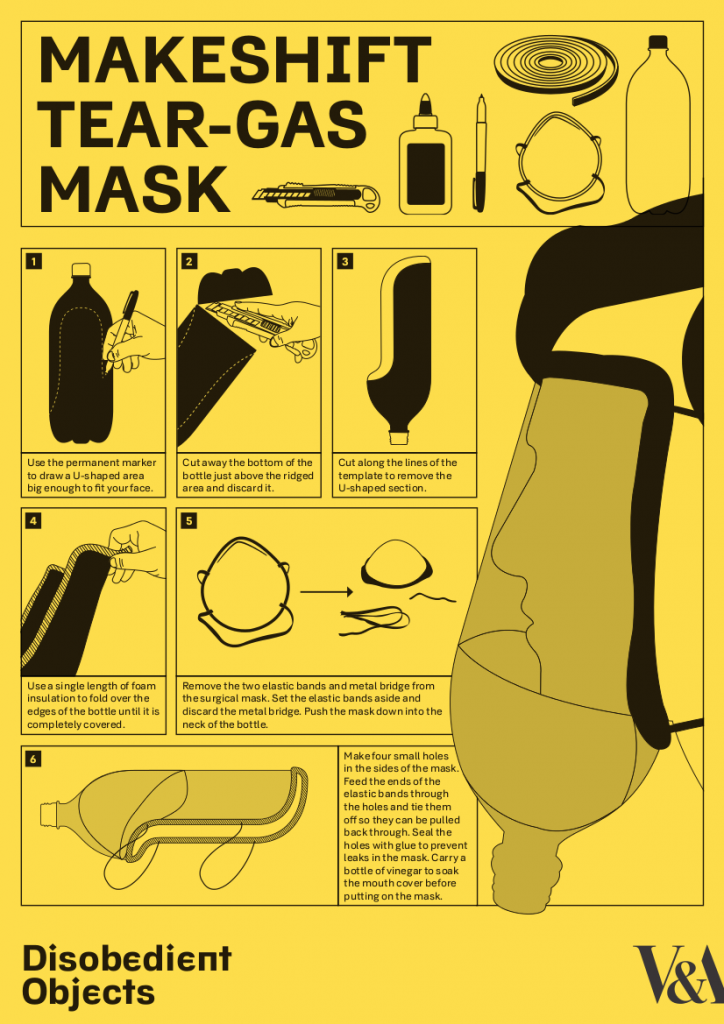 This downloadable guide reflects the occasion in 2014 when Turkish protesters devised a home-made tear gas mask design, which has since been shared with other activists around the world, notably including people in Ferguson, America. This type of object demonstrates the ability that the web gives anyone to publish and access information, outside of the traditional, power-laden publication channels.

The Time is Now

Hack Aye takes inspiration from contemporary global movements, and will touch on the Fast Food Campaign, Hacktivism and Occupy. We hope to maximise on the momentum generated during IndyRef by creative movements such as the Radical Independence Campaign, Common Weal, National Collective and the upsurge in activism across Europe and beyond.

The web gives us the ability to organise on an unprecedented scale, to share resources and knowledge, and to operate within decentralised networks. Networked participation puts individuals in control over when and how they engage, meaning more people are able to get involved.

Starting in 2015, Hack Aye will be working with various partners to connect young people to the skills, tools and networks they need to fully participate in life. If you’re interested in finding out how this program could improve engagement with your organisation, we’d love to hear from you – comment below or email info@hackaye.com