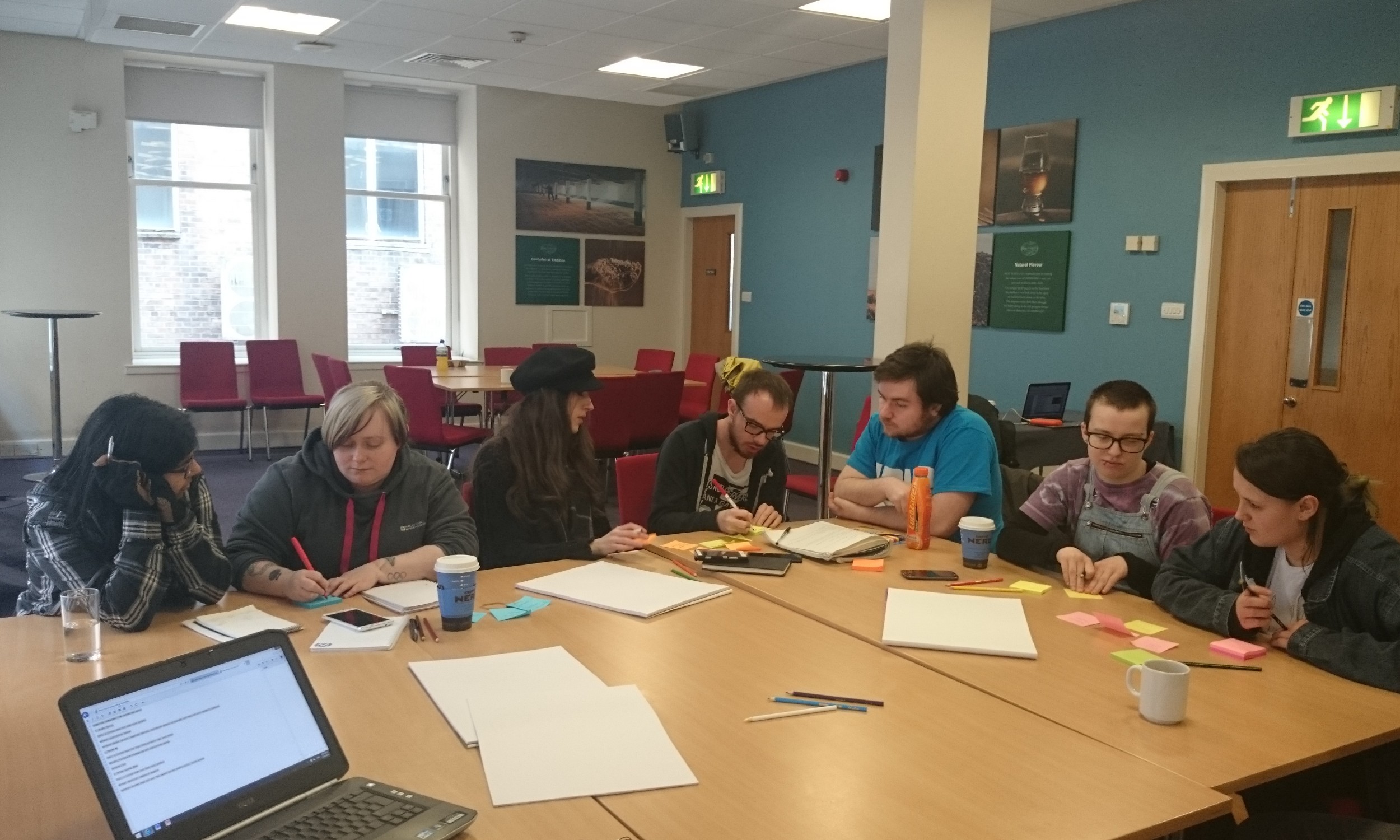 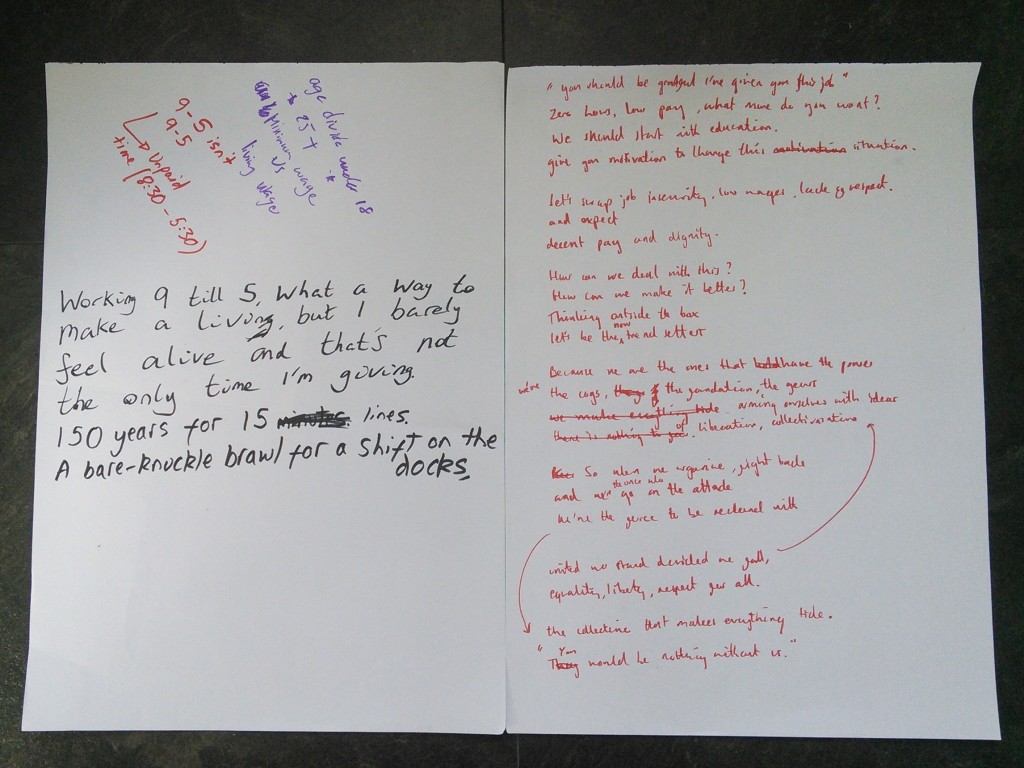 Challenging participants to subvert the current prevailing political narrative of austerity in the UK (“there isn’t enough to go around”, “you millennials are spoilt”, “you live in a digital utopia” etc), Walton invited the young activists to tell their own stories and to encourage others to do the same.

The Power of Information

Journalist and researcher Jenna Corderoy led an informative session on using Freedom of Information, Environmental Information and Subject Access Requests, sharing a host of practical tips and resources for making successful requests for various sources of public information. Running through the processes involved in these requests, Jenna also shared online sources of financial information as well as strategies for navigating them. 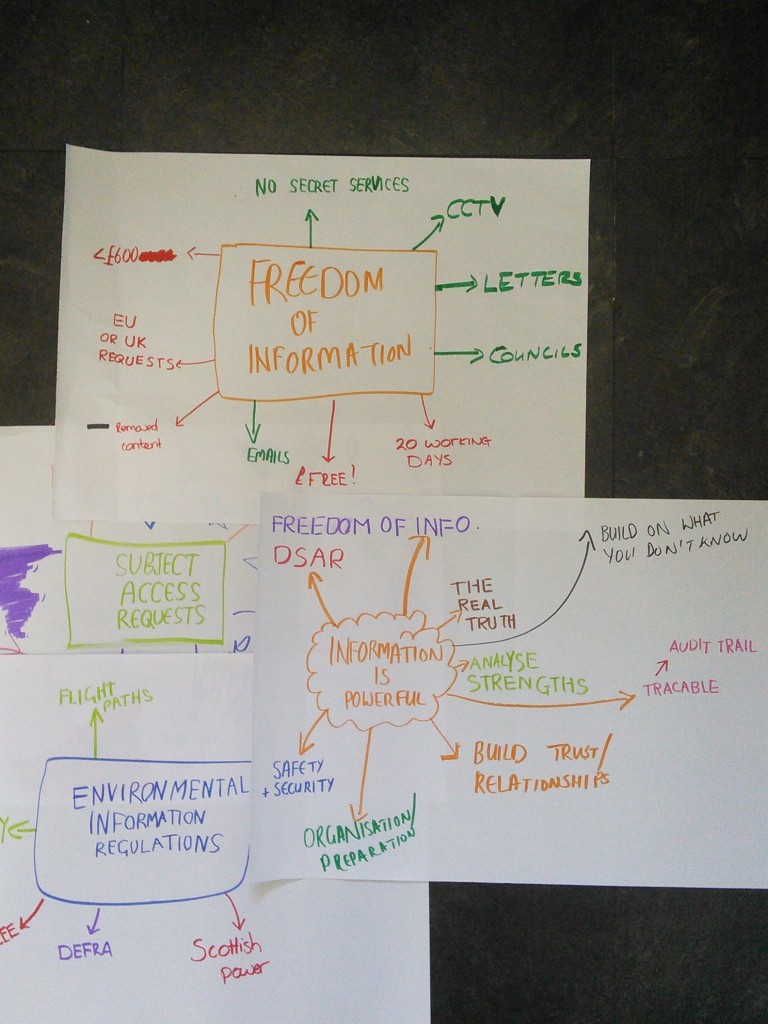 Following this presentation, Jenna led a workshop in which participants brainstormed approaches for sourcing and using information in particular scenarios, with attendees also sharing their own experiences of using public information requests in activist projects. 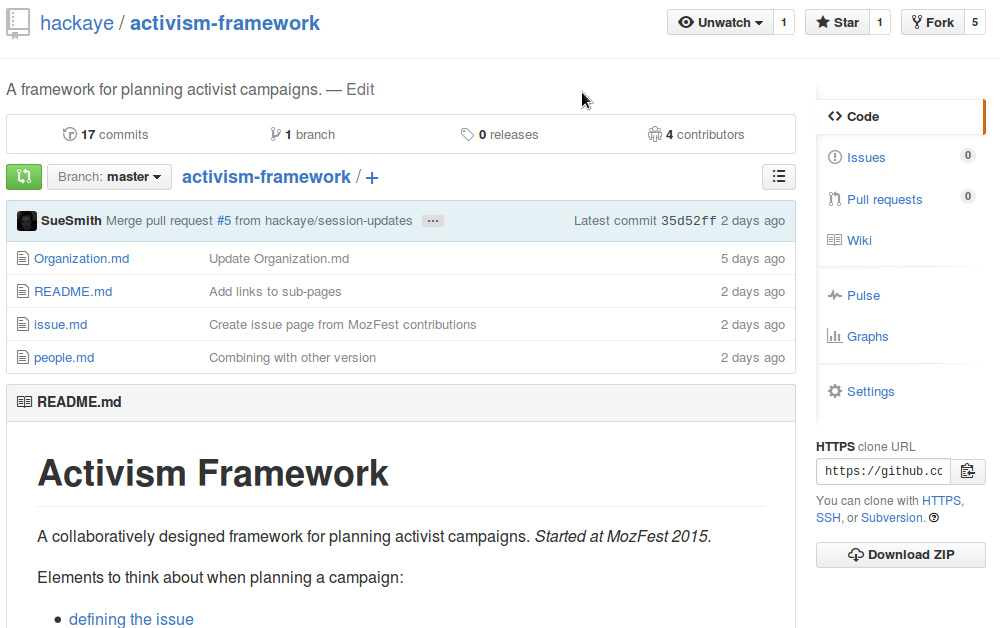 On Friday afternoon, Sue (Hack Aye) facilitated a technical skills workshop using the GitHub hosted framework for planning activist campaigns that we started at Mozilla Festival 2015. After an overview of what we mean when we say “open source activism” and an explanation of why we feel that open source practice has the potential to be so valuable in activist campaigns, participants worked through the process of contributing to the project repository on GitHub.

Working in small groups, we got signed up to GitHub, forked the project, made some commits and opened pull requests. Each group chose an element of campaigning to create a new page for, listing their thoughts, experiences and views. By contributing to the campaign framework repo, participants joined with a burgeoning global community of hacktivists using open source tools and techniques to organise and share resources. 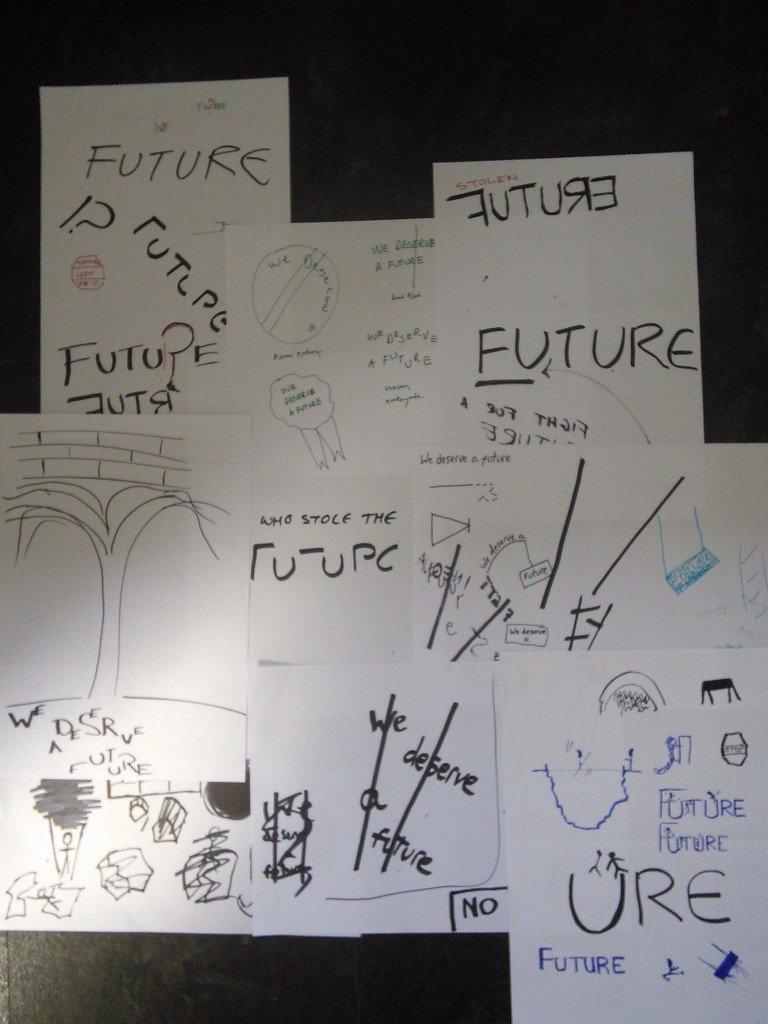 In the final session on Friday, Tangent Graphic came together with participants to explore how design can help to achieve activist aims. Looking back at some of their own projects (which include Glasgow’s Commonwealth Games and the Common Weal movement), Tangent drew on their experiences of designing logos, slogans and branding, noting the importance of arriving at a simple message answering the question “what are you all about” and the value of conveying that in ways that other people can easily reproduce.

The designers then led a workshop in which attendees sketched initial ideas for their own designs on an issue. Participants chose to work on the issue of insecure work, brainstorming ways to visualise and express their message. Reflecting on their designs, attendees agreed on the importance of having a positive focus in campaign communications.

Hacking Campaigns from Around the Globe

On Saturday morning we wound the event up with a campaign hack. Walton Pantland gave participants an overview of some inspiring campaigns from around the world. Highlighting Fight for $15, Unite New Zealand and the Ritzy Living Wage campaigns, Walton broke down the essential components in each, looking at their tactics and goals, as well as the ways in which they make connections outside of their own movements, touching on campaigns such as Occupy, Fast Food, Black Lives Matter and the impact on mainstream political landscapes. 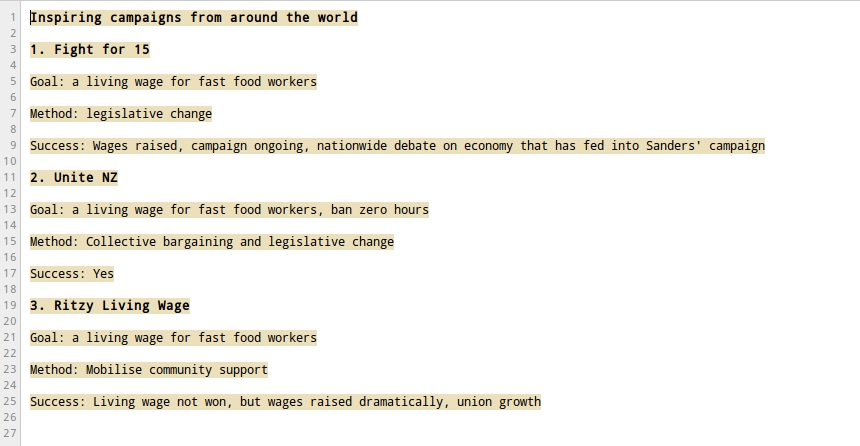 Drawing on software methodologies such as Agile, Walton advocated an iterative development model in activism, experimenting, remixing and continuously improving to build impact. He also took a moment to note the increased role of women in recent activist successes. 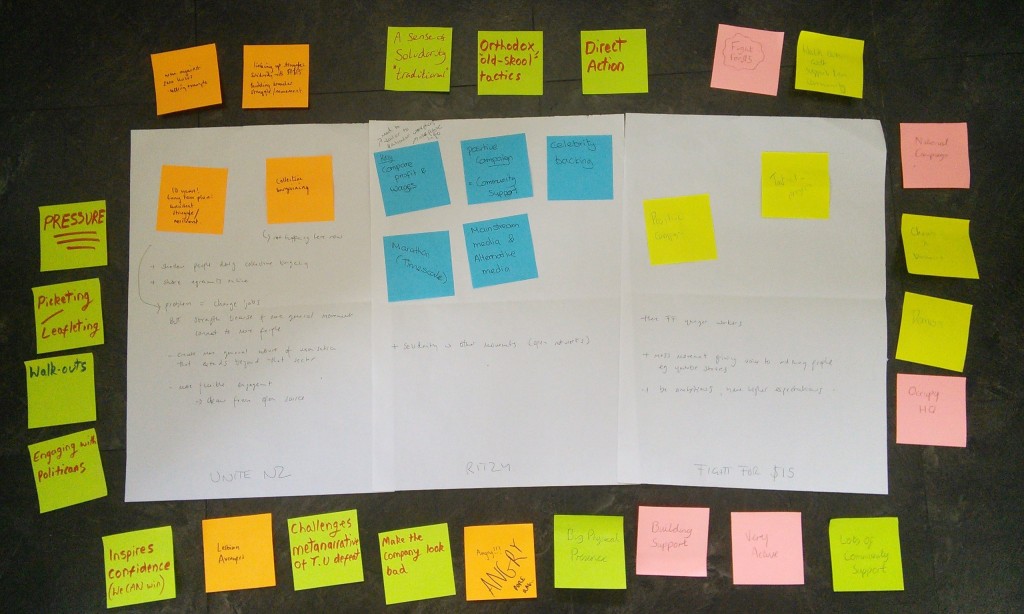 Finally we came together with participants to hack the global campaigns we had learned about, breaking them down into their component parts and encouraging attendees to consider the potential usefulness of these elements in their own campaigns. The group highlighted the importance of learning from campaigns that don’t work as well as those that do, the difficulty of challenging the prevailing narrative of inevitable progress and the value of having ambitious demands and expectations.

We wound the session up by inviting those present to give us honest feedback on the event as a whole—participants then went on to take part in the anti-racist Refugees Welcome Here demo happening in Glasgow that day.

As always Jen and Sue learned a lot during this event, which continued to strengthen our belief in the value of using a creative, open approach to both activism and learning. This experience particularly crystallised the importance of creating an open dialogue within any learning process, adapting to attendees’ input throughout, inviting continuous feedback and putting participants in control of the learning pathway as often as possible. This blog post represents our continued commitment to documenting and sharing what we learn.