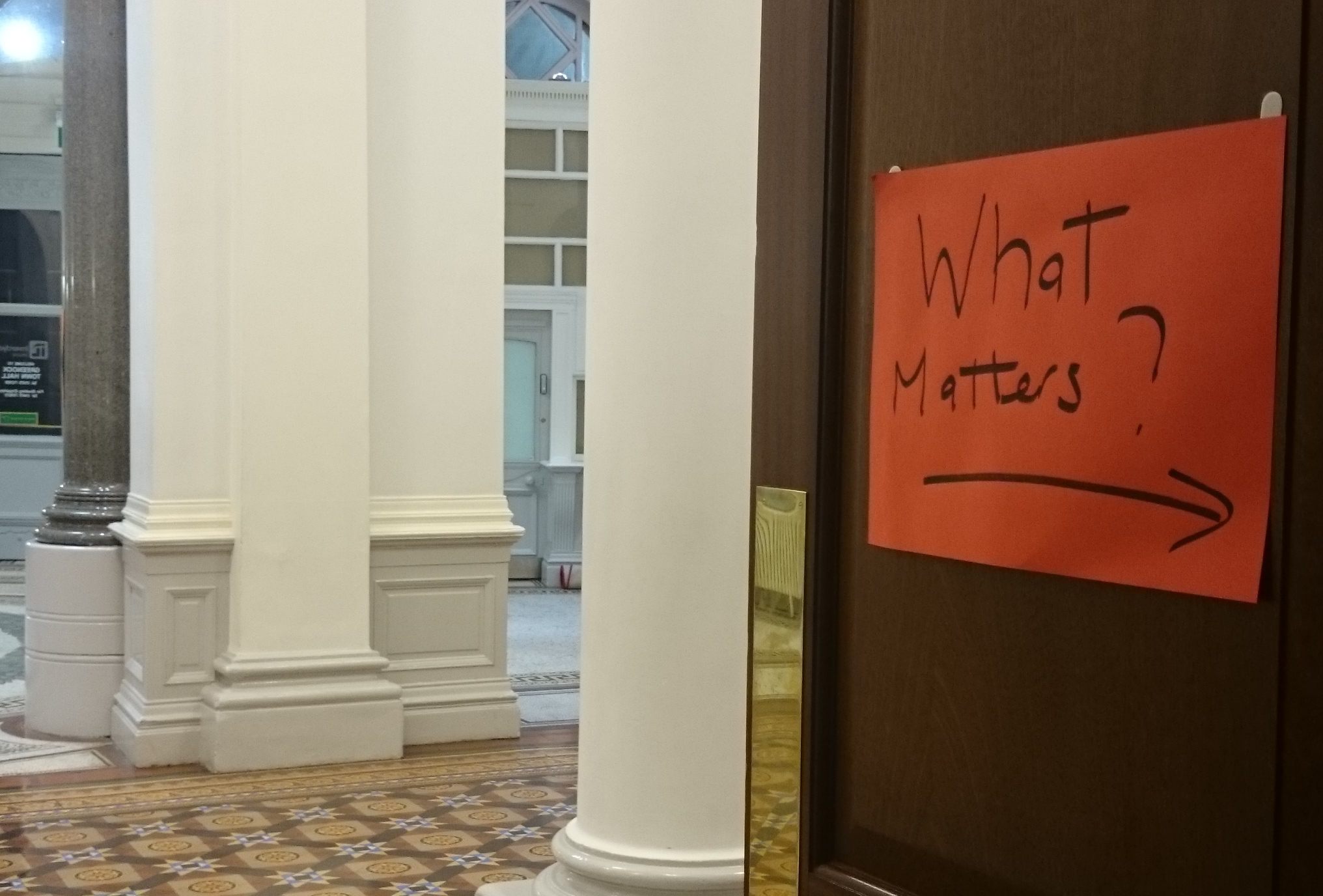 About Things That Matter 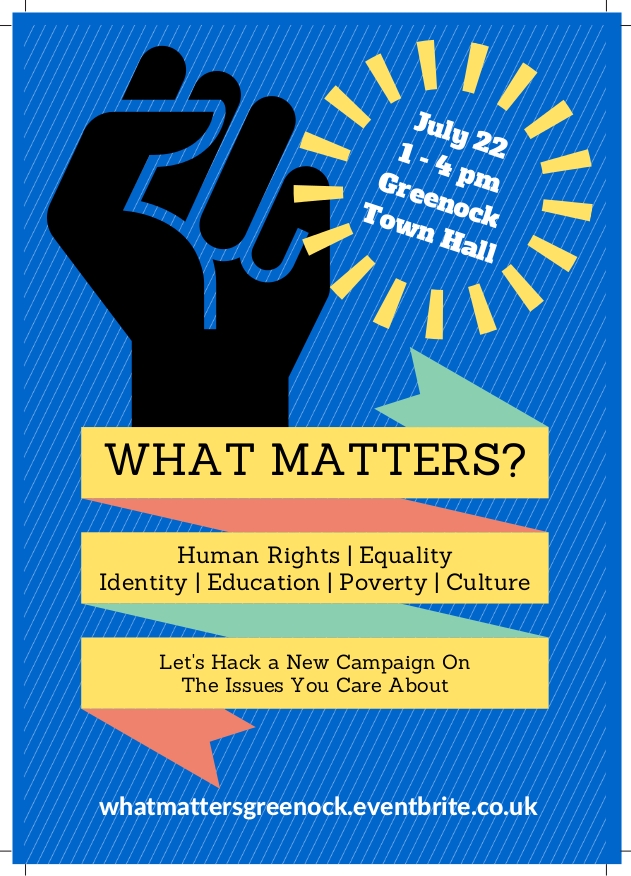 We decided to start by asking a group of young people: what matters to you?

When we arrived at Greenock Town Hall we found that the session had been moved to a much larger room which was in the process of being prepared for a wedding, with seats laid out for us in “theatre style”: 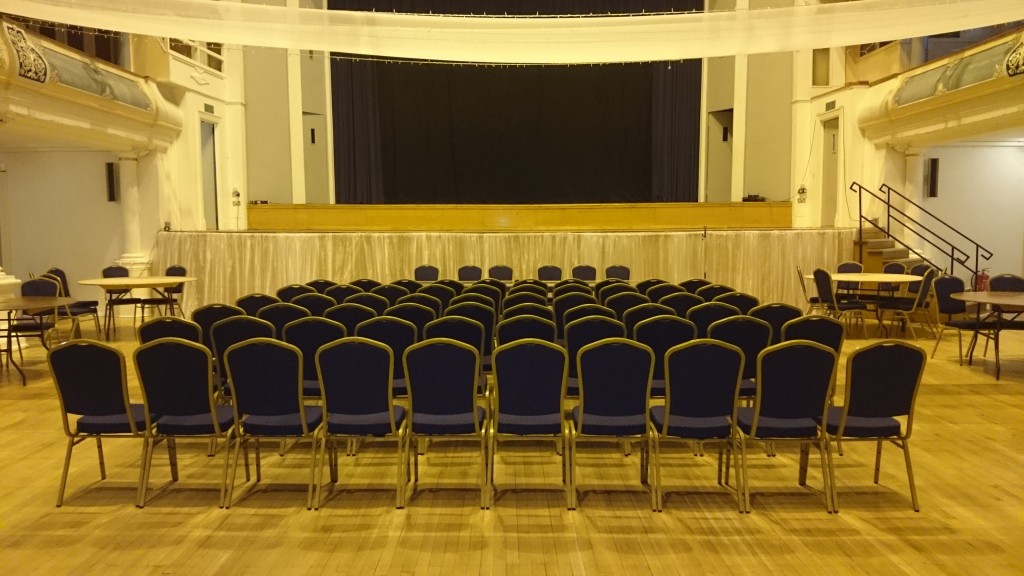 We opted for a more collaborative layout 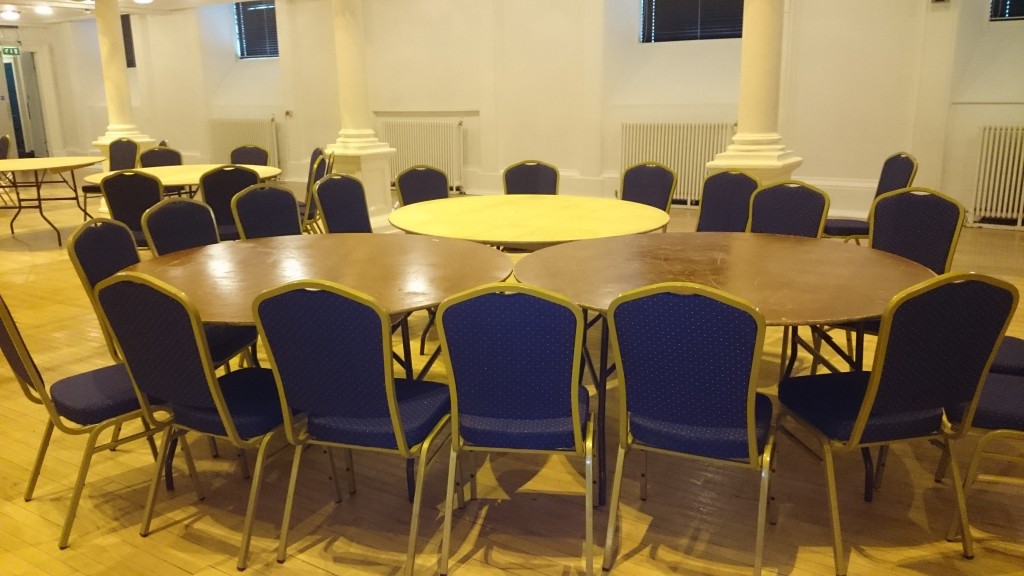 Jen kicked things off with a presentation on human rights from a practical perspective, looking at the reality of navigating the legal system at a national and European level. Given the financial barriers to enforcing your human rights, the benefits of collective action became clear. With the tories angling to erode human rights protection in the UK even further, the issue is becoming real for more of us by the day. Jen explained some lesser known facts about success stories in activism from around the world, notably including Rosa Parks’ contribution to the civil rights campaign.

We had a look at the Universal Declaration of Human Rights and asked participants to highlight the rights that mattered most to them and that they would like to explore a campaign on. 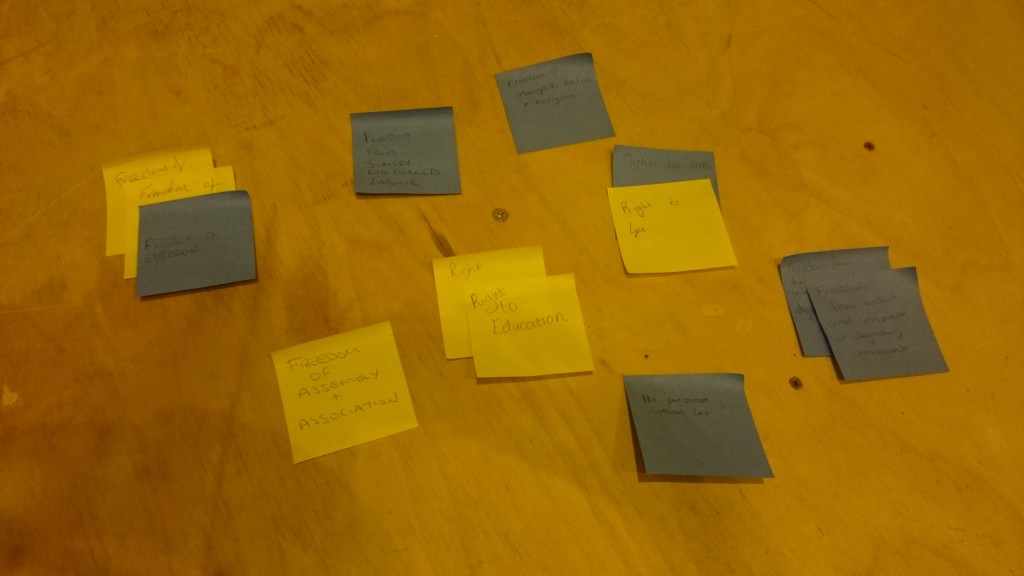 We talked through the issues everyone had selected using post-its and narrowed down to two topics participants chose to work on in groups:

Throughout the afternoon we used an etherpad to document and share contributions:

We used madlibs and various prompts to stimulate each group’s co-design of a campaign on their chosen issue, defining: 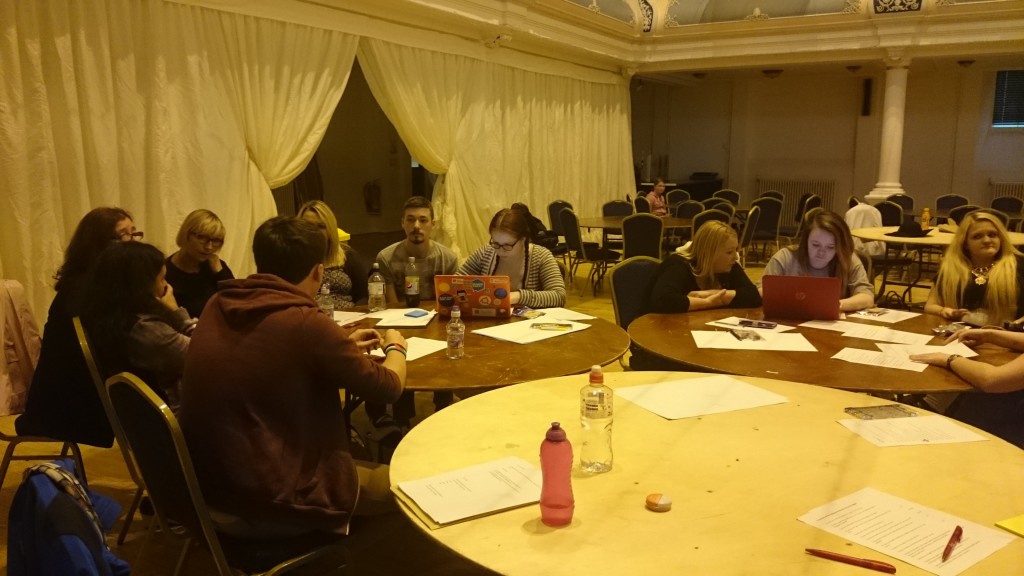 The two groups shared their progress and gave each other feedback on their campaign designs.

During the session we played videos on the theme of human rights:

Jamie from Unite Community spoke about the Decent Work campaign and the role trade union activism had played in empowering him in his own personal and work life. 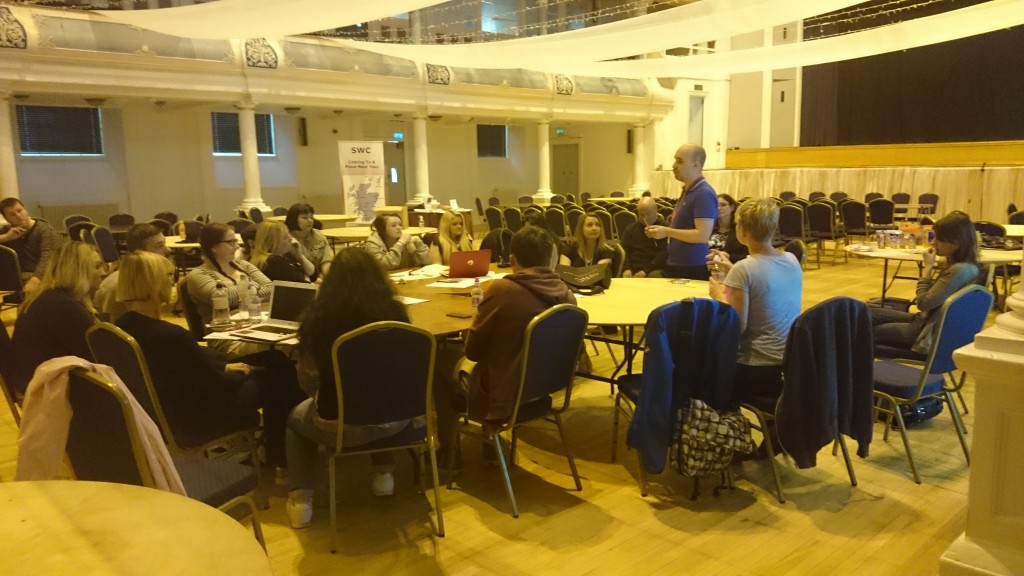 We created a Campaign Hacker open badge to recognise contributions on the day:

All of the young people who participated brought something valuable to the campaign hack, with each of us learning something along the way. We hope to see more of this empowering, decentralised approach to campaigning, with trade unions and other activist organisations acting in a supporting role and communities taking more of a leading role in defining the change they want to work towards.

You can see photos from the afternoon in our Flickr album.